I built a campervan

I took today off work to work on the interior of my van. I intend to use the van as a camper van, but my main priority is that it can still be used as a normal van. I don't go in for these camper van designs that leave no usable space (e.g. to carry a motorbike, or a secondhand sofa). Martin gave me a futon, which is brilliant - it is basically an instant camper van as it provides seating and bedding in one.

I ply-lined the walls of the van on Sunday, so I had a good place to start. I built a frame for a shelving unit and panelled it with plywood, and screwed it to the wall. The shelving unit is designed so as to take up minimal floor space (i.e. stay flush with the wheel arch), which means it's not as big as most van shelving units, but allows the futon to fit in bed formation.

I am ridiculously pleased with the shelving, it turned out a lot better than I expected.

I picked up a sewing machine on Gumtree for £10 a few weeks ago. The machine was mis-timed initially, but I fiddled with it over a few evenings and eventually got it to sew. The curtains in the van are the first thing that's been sewed since I got the machine, aside from test pieces. It turns out I'm rubbish at sewing, but it should do the job.

I intend to put a fold-down worktop on the unused wall. I have a gas camping stove but currently have nothing to put it on, so it'll probably be going on the floor until I've built a worktop.

I took lots of pictures as I was building things.

Here are a some pictures of the van as it stands now: 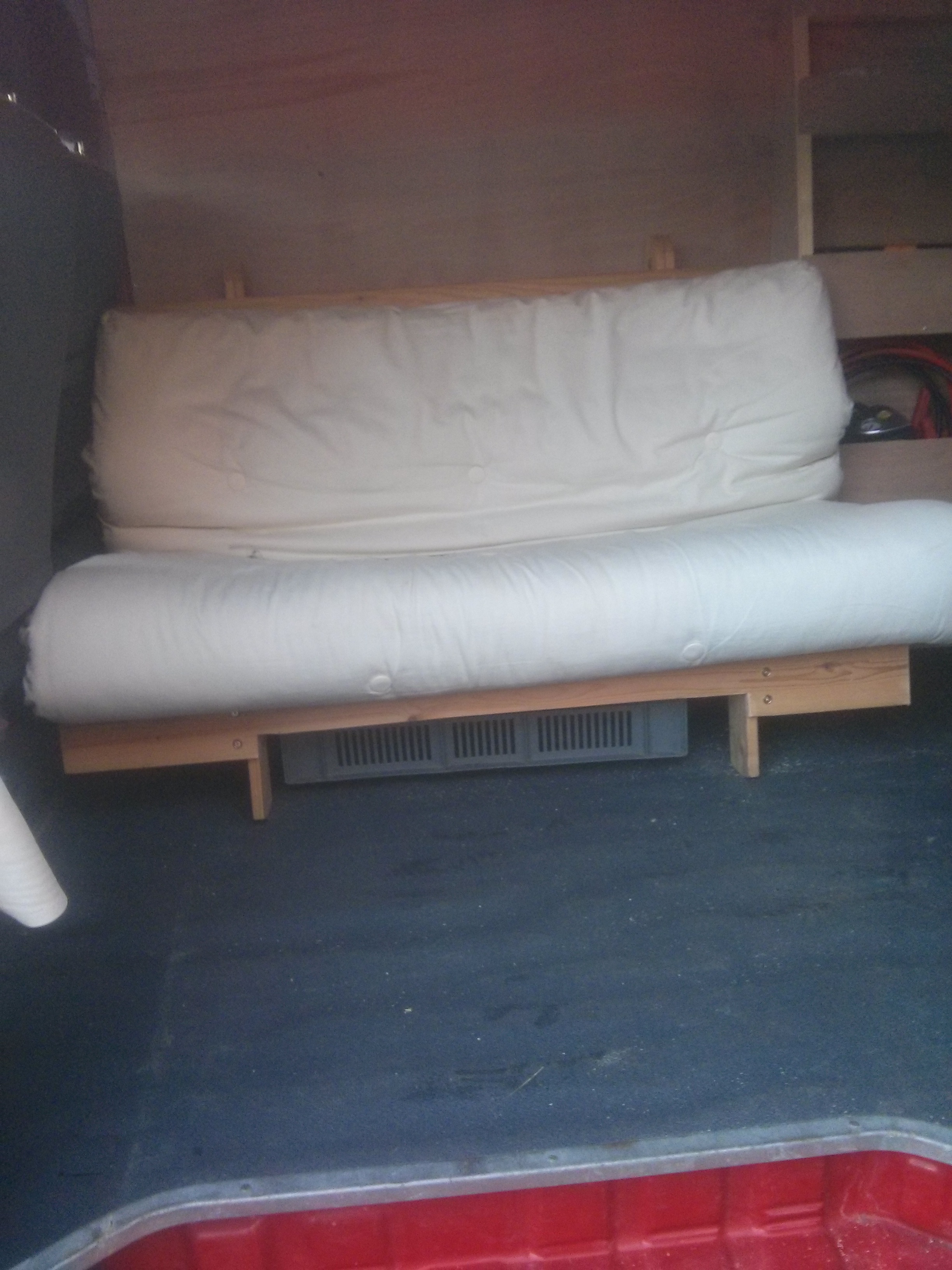 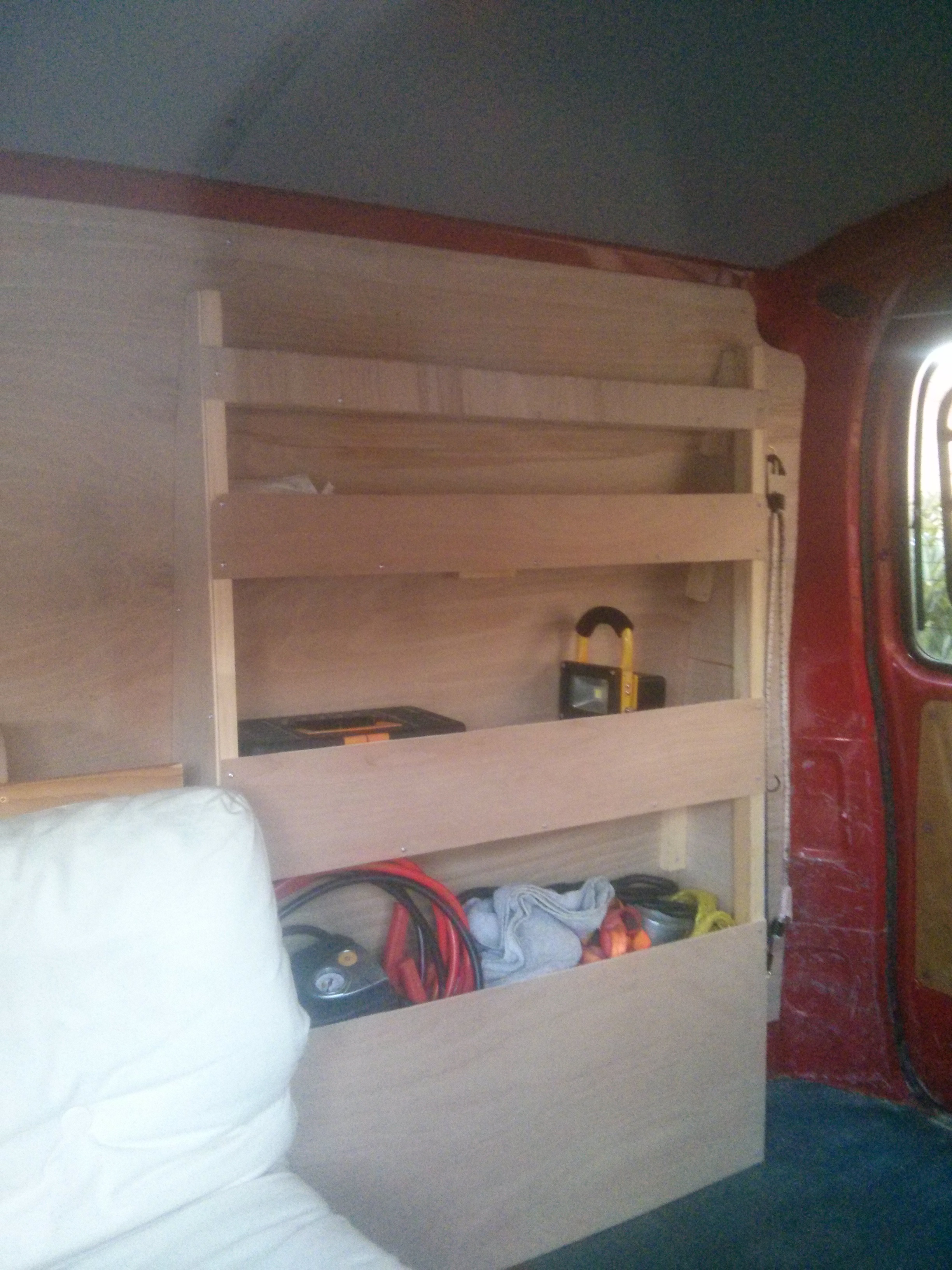 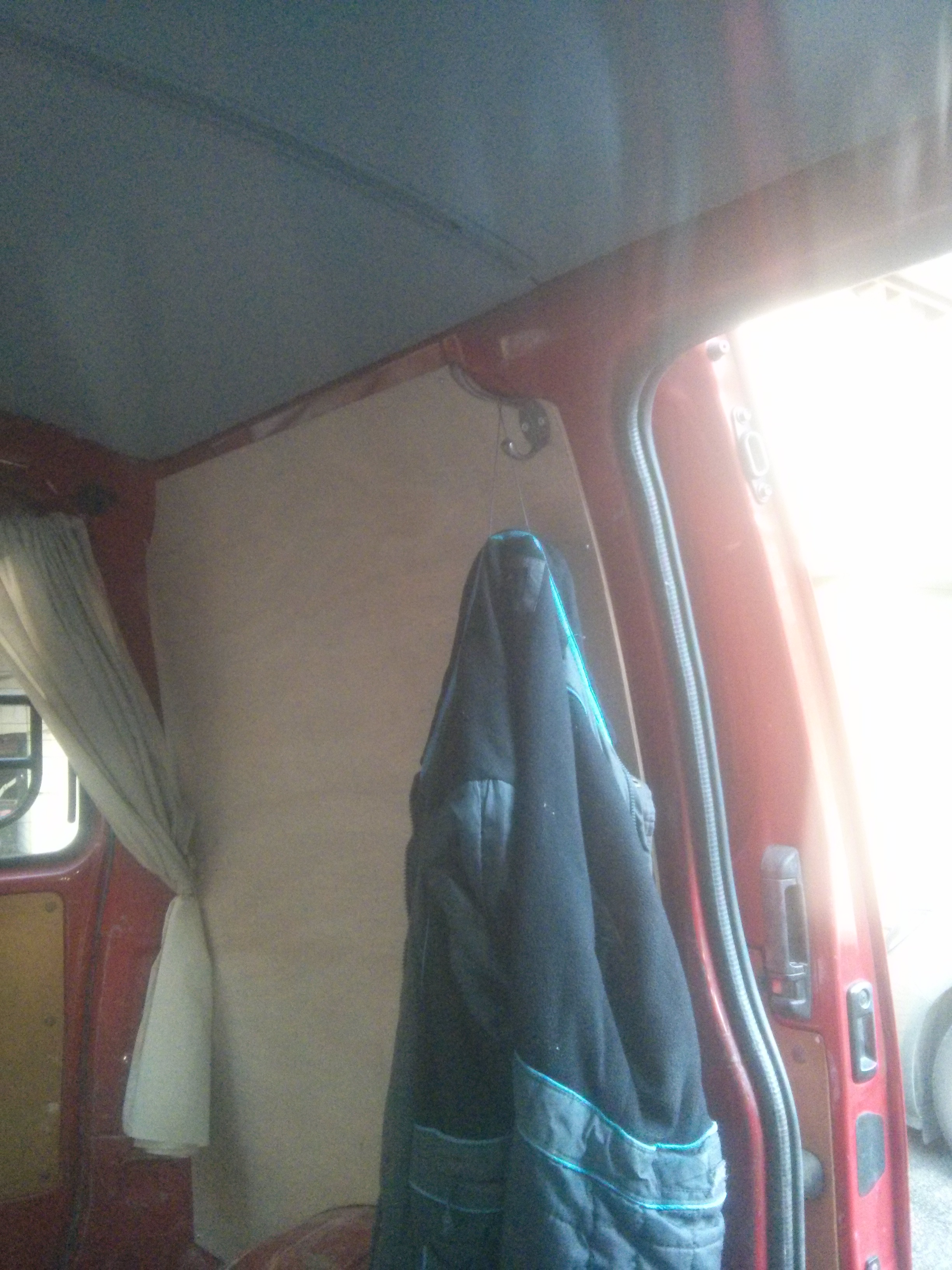