Yesterday I was asked to install Ubuntu on a Lenovo Ideacentre 310s. I expected this to be quite easy but it was not.

When you first switch the computer on, a small message flashes up at the bottom left, but only for a fraction of a second. It says something like "Press ENTER to interrupt startup". If you manage to press ENTER during the small time window, you're taken to Windows 10's "Recovery" mode. If you can't manage to hit the ENTER key in time, make sure to have it held down before you switch the computer on, and keep it held down. This Windows 10 Recovery mode is not really what I was after, but somewhere (possibly under "Advanced" or similar? Can't quite remember) there is an option to reboot into the setup menu. Do that. 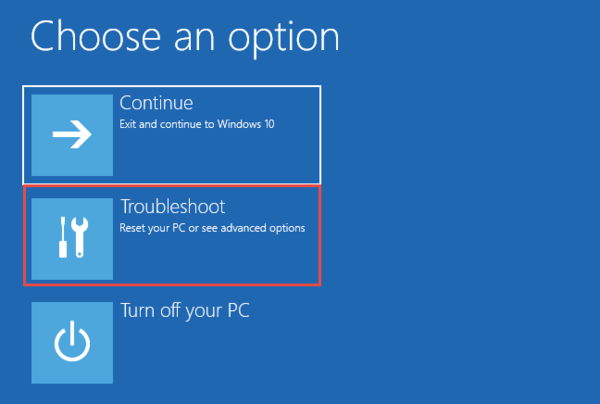 There is also an option in Windows 10's Recovery mode to boot from an alternative device, but I found this was not sufficient to boot the Ubuntu installer. At least, not until you've changed some of the UEFI settings.

The menu you find when rebooting into the setup menu will look more like what you're expecting: 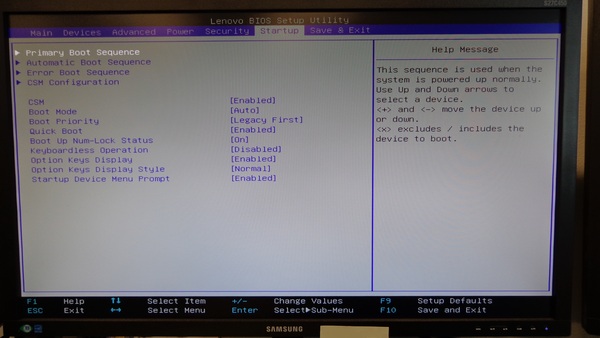 Look through the menus and:

"Secure Boot" prevents the computer from booting "unauthorised operating systems". Ubuntu supposedly is "authorised", but I don't really want the computer to be the one deciding what is or isn't authorised, and it can only cause trouble, so I switch it off. YMMV.

As far as I have been able to determine, "CSM" is a mode that makes UEFI emulate BIOS. Ubuntu is supposed to work with UEFI but BIOS emulation is easier and more reliable. I think "Legacy" boot mode enforces this BIOS emulation even if the OS looks like it might work with UEFI.

Now reboot the machine and it should boot the ISOLINUX boot loader from the USB drive, which looks like this: 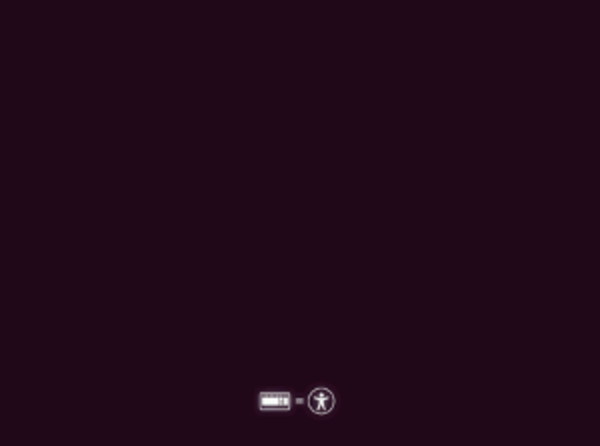 If you instead see this grub screen: 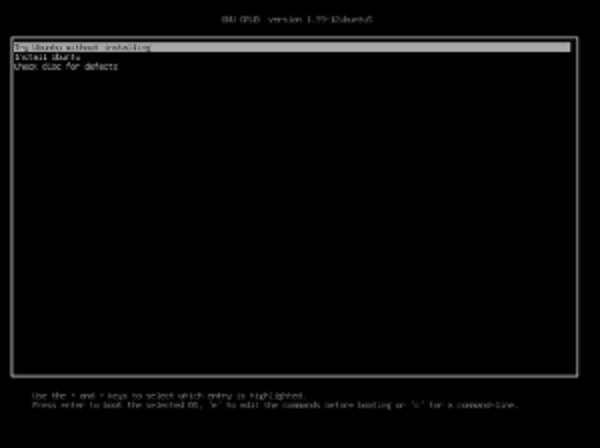 then it means the computer has booted with UEFI instead of BIOS emulation. You might still be able to get it to work (let me know if you do and I'll update this post!) but the way we did it was with BIOS and ISOLINUX.

When you see the ISOLINUX screen, keep pressing the up and down arrows until you get to a menu: 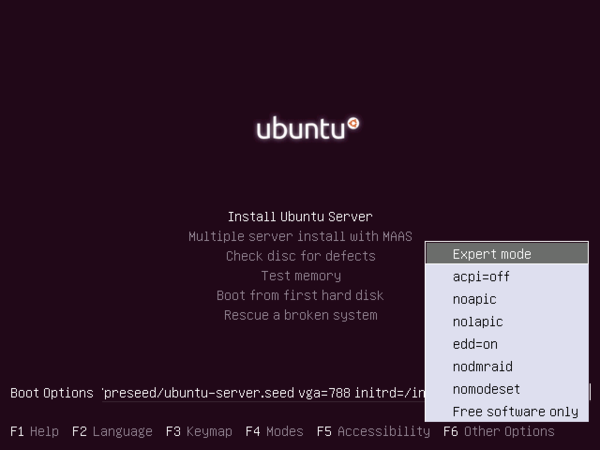 If you don't press up or down arrows, the menu is silently skipped and the Ubuntu installer won't boot properly and may or may not show an error message. The error message we got was along the lines of:

Don't know what that means.

At the ISOLINUX menu, press F6 and enable the options for edd=on, nodmraid, nomodeset. We initially tried enabling all of the options indiscriminately out of desperation, and found that while it did boot and install, we were left with no power management and no audio. "edd=on, nodmraid, nomodeset" was the set of options we settled on that booted the system and caused no obvious side effects, but, e.g., nodmraid would seem obviously irrelevant.

Once you've enabled those options, you can boot the installer, install Ubuntu, and should have no further problems.

So if you already have a Lenovo Ideacentre 310s and want to put Ubuntu on it, that's how to do it. But having used one, I found it quite slow, and I found the oddball hardware combination annoying to deal with, so I don't recommend buying one.