I drove in the snow

Yesterday I drove my new van up North to visit Emma. Halfway through it started to snow.

My van was plenty manageable despite being rear wheel drive and with no weight in the back. The tyres have deep tread on which must have helped.

The M1 was being used as a single lane road, everyone driving in the middle lane so that if they spin out they're less likely to hit any Armco. I did see one car spin a little but the driver saved it.

Coming up the slip road off the M1 was the first tricky part. There were a couple of lorries stuck unable to get up the hill, but the van coped OK and there was plenty of room to pass the lorries.

Some time later I came across a section of road where cars were turning round and a traffic cop was standing in the road. I elected not to stop or turn around and drove straight past the copper, who obviously thought I knew what I was doing as he didn't try to stop me. The snow got deeper but still drivable.

Then I came across stationary traffic due to a jack knifed lorry. Eventually they shifted the lorry but it was on a hill and lots of cars were getting stuck on the hill. I lent a hand pushing cars that were in my way and eventually got over the crest of the hill. As traffic started to flow I came across a pedestrian walking along the road and offered him a lift.

My passenger turned out to be a drug dealer, he made extensive use of phrases like "safe blud" and had 3 mobile phones, with which he received at least 2 phone calls during the 10 minutes I observed him. Friendly enough chap though.

I finally got stuck up a hill about 5 minutes' walk from my destination. I "parked" (some might say "abandoned") the van at the bottom of the hill and walked the final 5 minutes.

When I started the journey it was barely drizzling and the sat nav predicted 2h30. By the time I arrived it was 6h30 later and there had been 6 inches of snow. Pretty fun though. 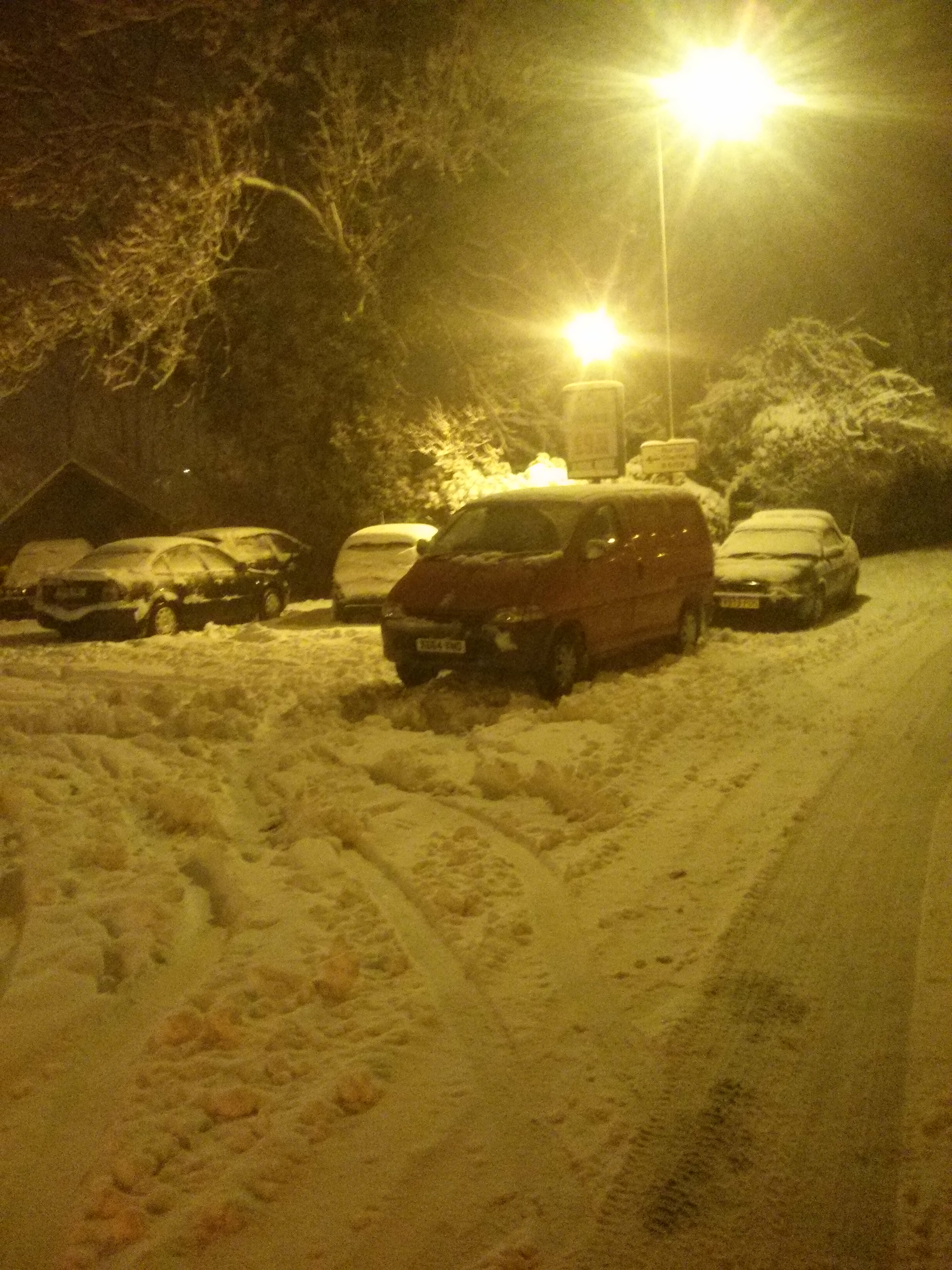