I built an oak chest

Since the start of the year I've been spending some time at weekends building an oak storage chest.

I finished building the box on my day off on Wednesday and have been waxing it today.

It's made of inch-thick oak planks which I bought off the internet. In hindsight, I should have used thinner wood. This is extremely heavy and expensive (I spent £150 on wood alone, and it was only roughly cut, and some planks were a little warped). Most of my time was spent preparing the wood as it was so rough when it arrived. I think the wood was intended for constructing things, not making furniture.

Jez lent me a power planer which was very useful in preparing the wood, even if I wasn't very good at operating it.

The box is entirely constructed using screws and steel brackets. I used this construction because I'm not good enough at woodwork to make nice joints and glue them, but I still didn't want screws showing from the outside. The following picture shows the brackets I used. 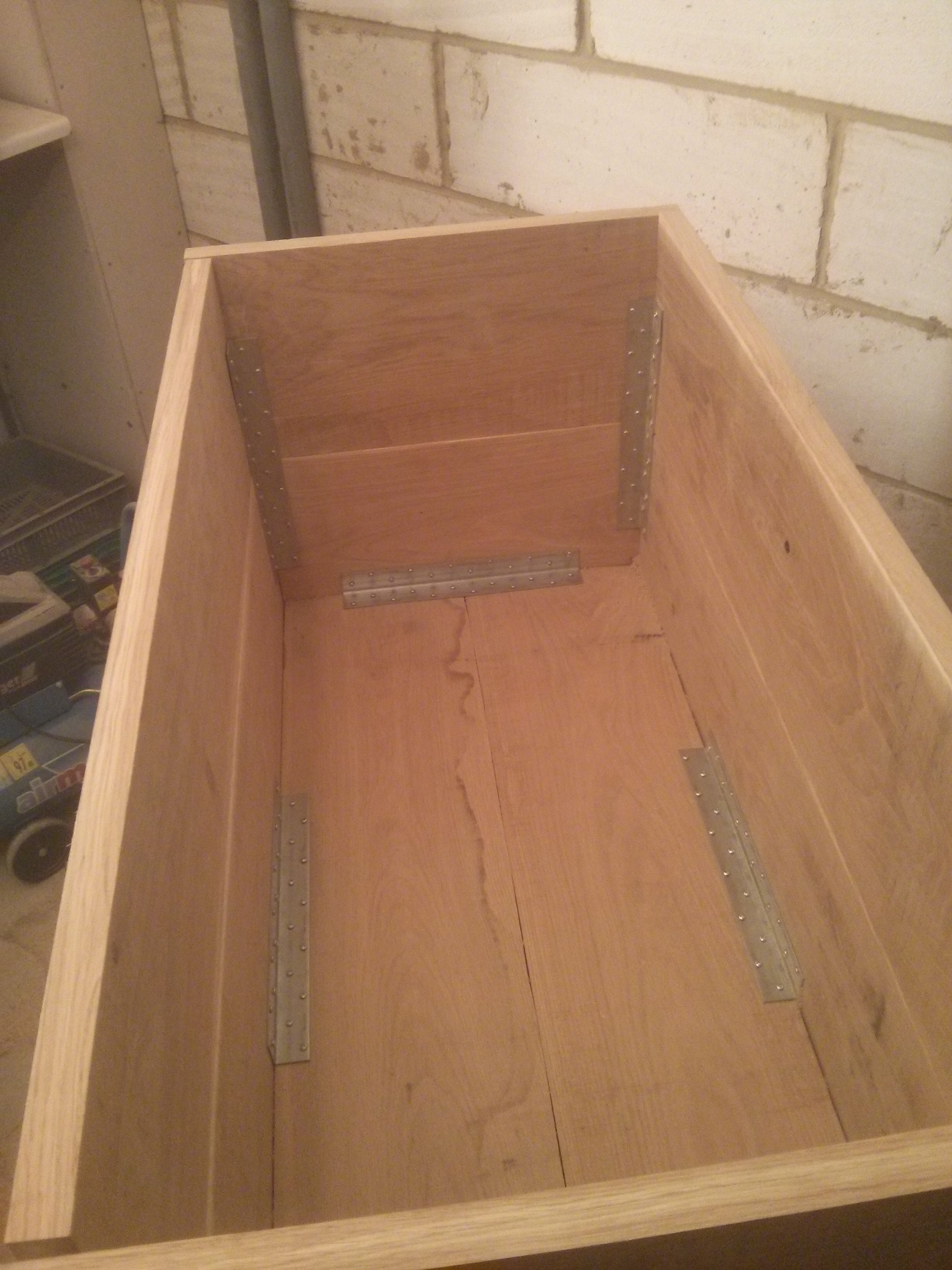 The lid consists of two planks held together on the bottom with metal straps. I wasn't sure this was going to be strong enough to keep the lid from bending but it seems fine. For the hinges, I initially bought some furniture hinges off eBay, but it was clear they were not up to the task. I then bought some larger hinges off eBay, but even they seemed a bit flimsy. I subsequently found some huge hinges at B&Q, and these are what I fitted.

The hinges didn't have a round hole near the "hinge" part initially (there is a square hole which I do not understand the purpose for, and which is too big), so I drilled an extra hole. They are excellent hinges. 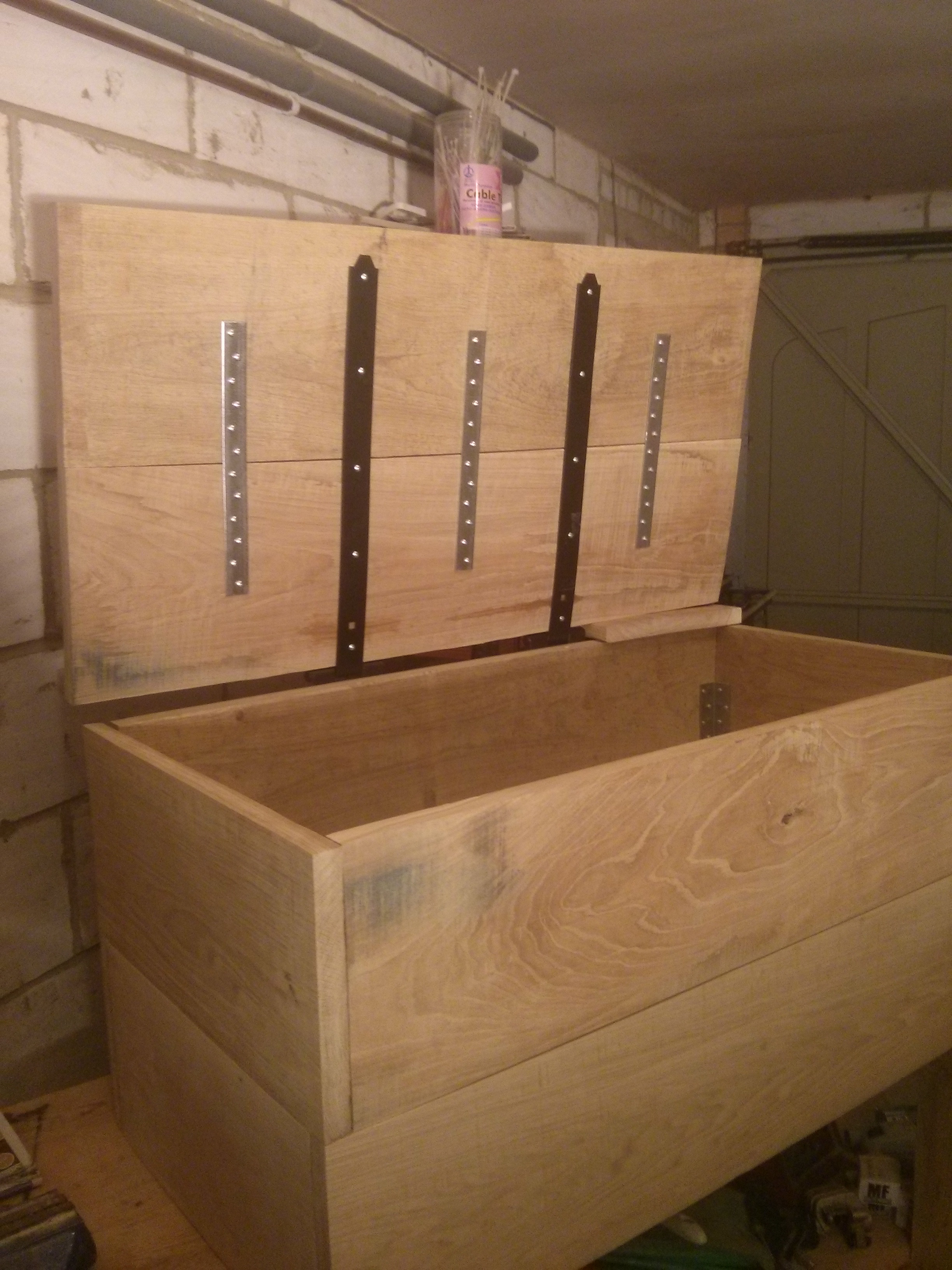 I bought some handles and brass corner pieces off eBay, which I think are quite nice.

In total there are about 250 screws in the box!

Once the box was constructed, I still had to carry it from my garage to my house. This is not easy as I can barely lift the box. Fortunately, I have acquired a shopping trolley, which I used to move the box. 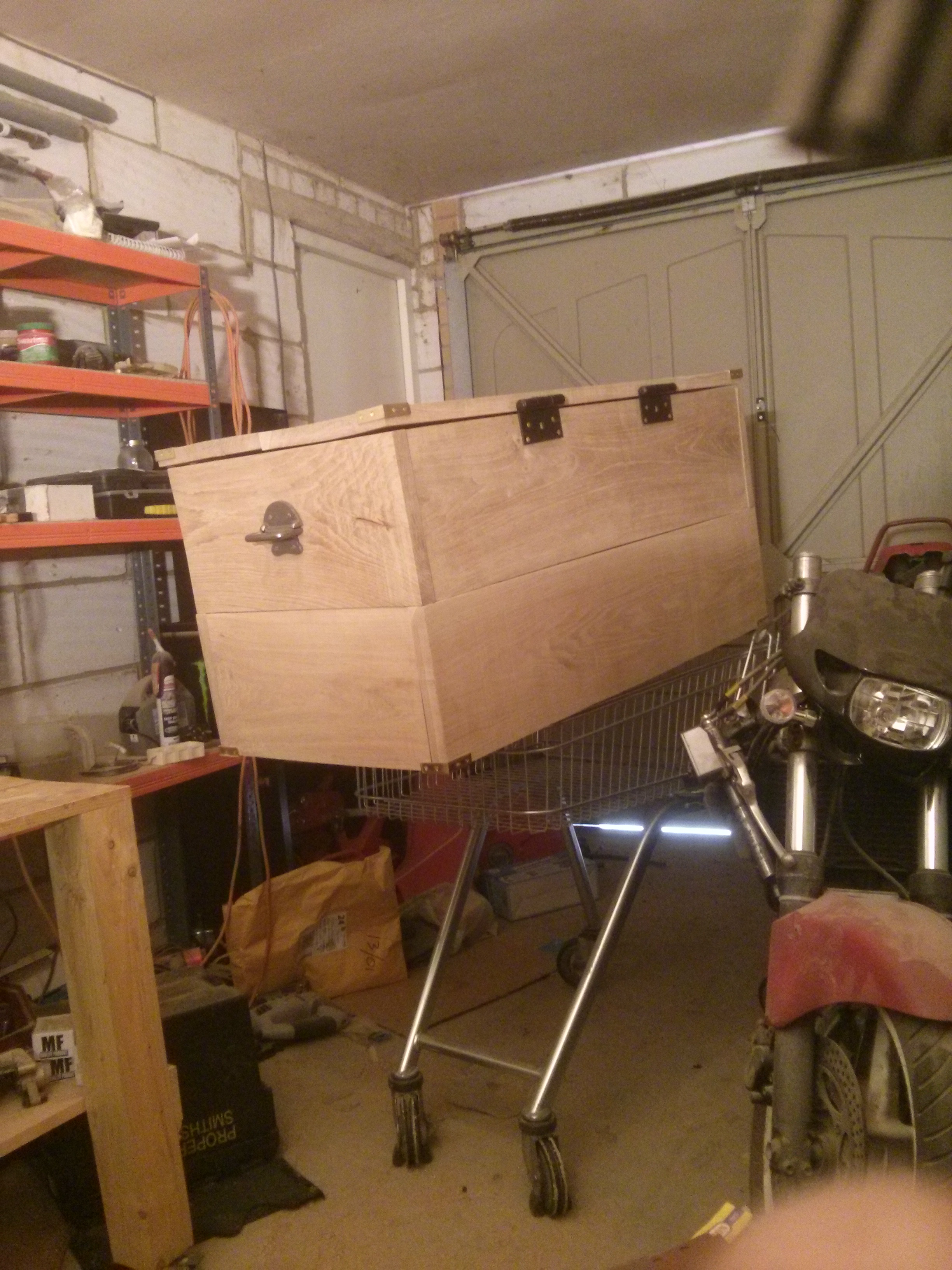 And here's the box in position with two coats of wax: 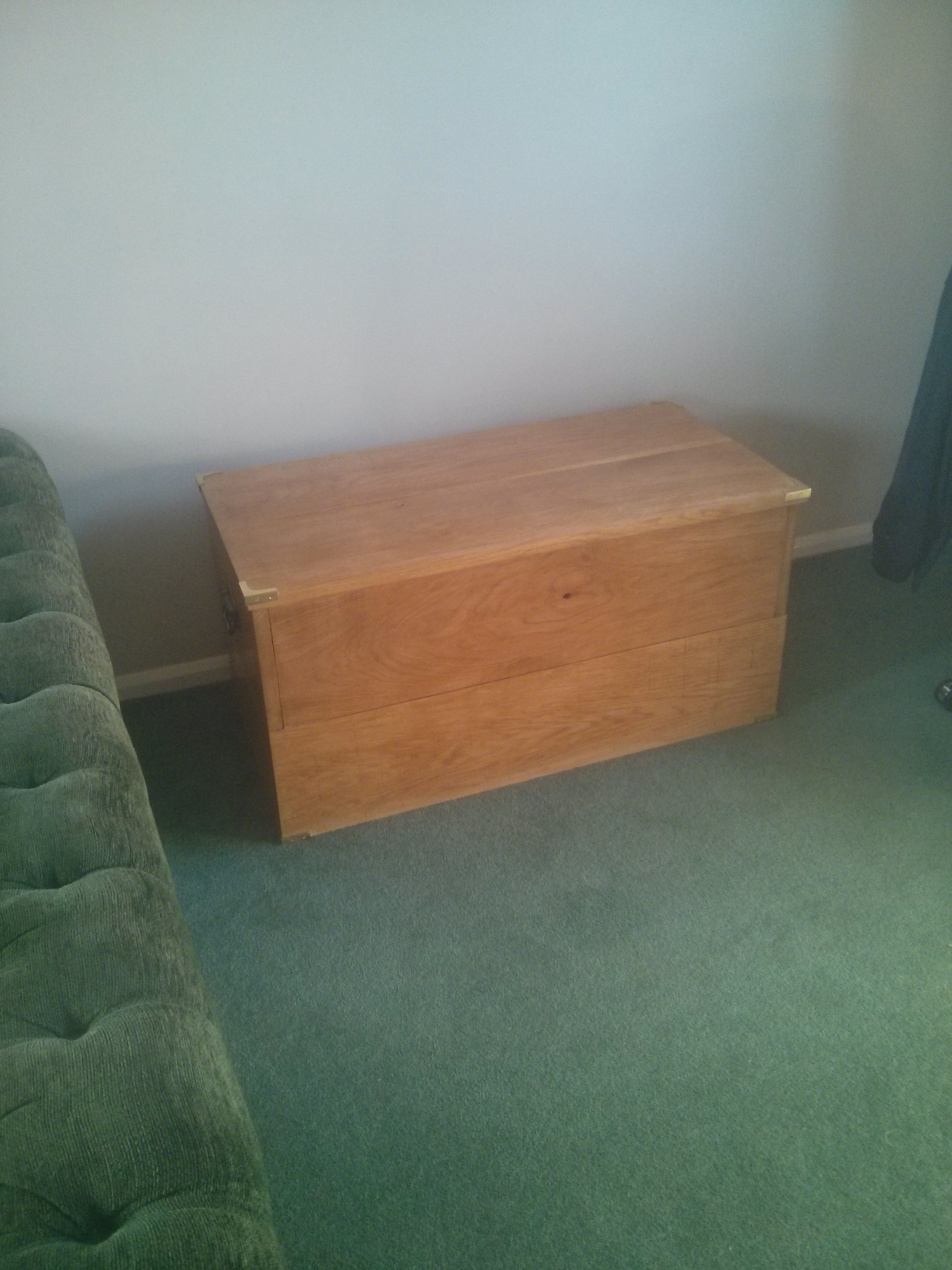