I am back on the bike

I ride a 1989 Honda VFR750F. It's a brilliant bike, but has had very tatty fairings due to being knocked over several times.

The following is a picture of the bike about a year ago, loaded into my comically-small Hijet van ready for a trackday. If you imagine a bunch more cracks in the fairing, you can get the idea. 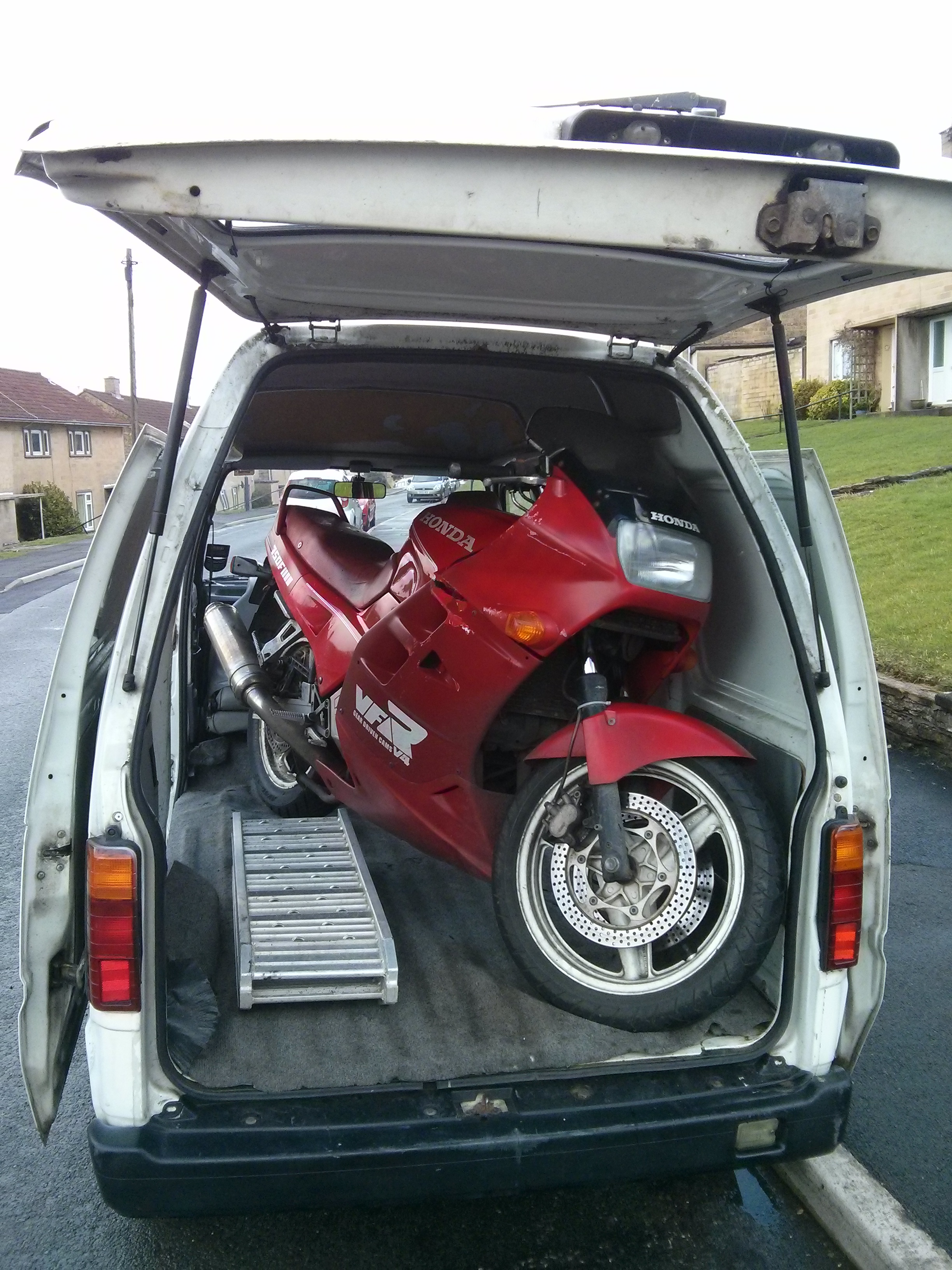 A few months ago I started converting the bike to a naked look. All that happened though was that I took the fairings off and subsequently had nowhere to mount the original mirrors and lights. So the bike has been off the road ever since.

The oil cooler used to mount inside the front cowl of the fairing, in front of the forks. Obviously this wouldn't suit the more minimal look, so I relocated it to sit just underneath the radiator (see pic at end). It's not fitted very well but without buying new hoses my options for locating it were pretty limited.

The fuse box and most of the electrical connectors also used to mount inside the front cowl. This, too, would look ungainly without a fairing to hide it, so the electrical stuff has been relocated inside the frame, underneath the tank. The original airbox is pretty big and used to fill the room here, so I had a cunning plan to make some minimal air filters.

I cut out some little pieces of sponge and held them in front of the carburettors with carefully-shaped lockwire. 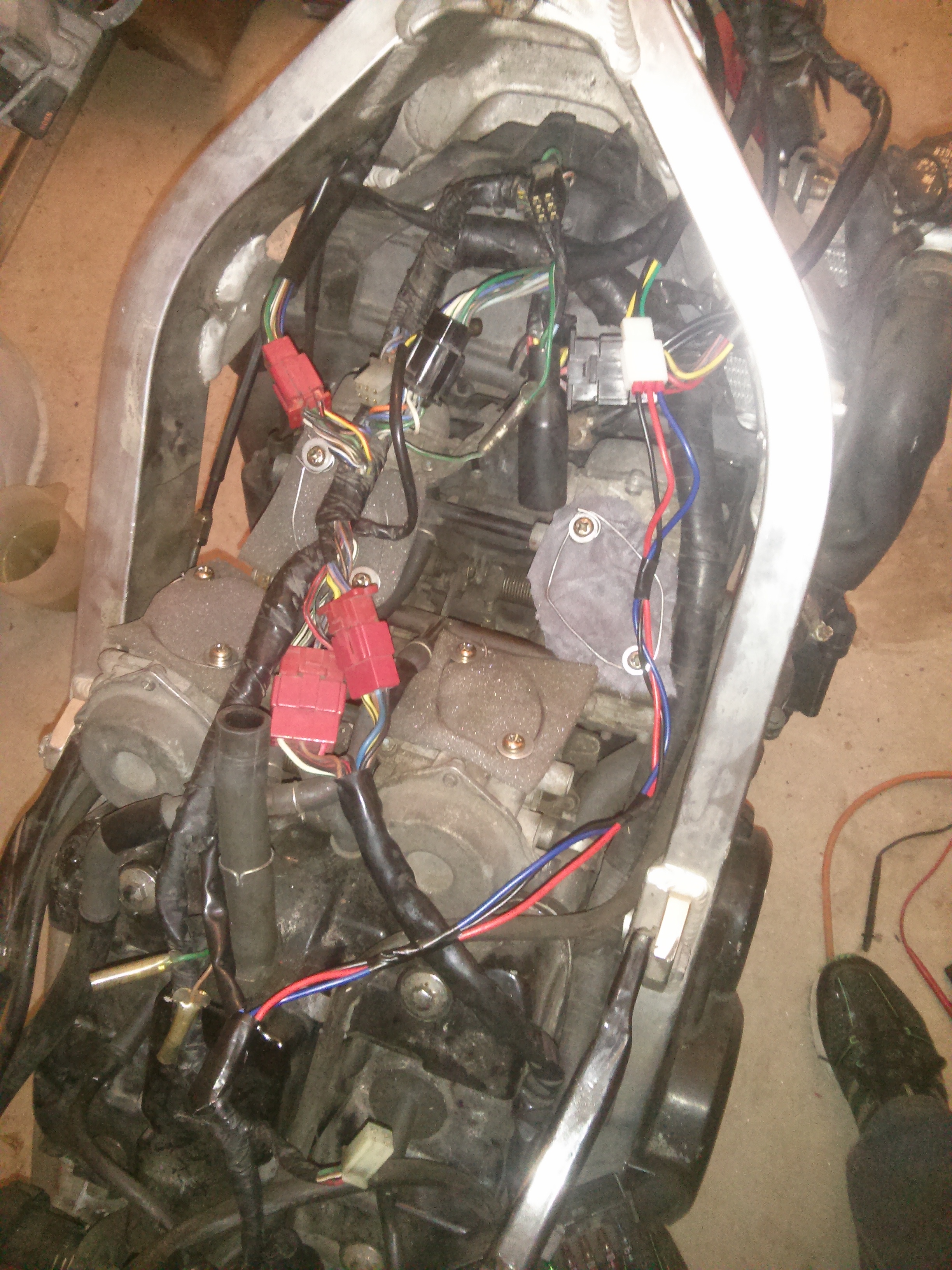 I unfortunately didn't have enough foam so the top-right carb in pic has some layers of cloth instead (I intended to buy more foam if the mod was a success). As it turned out, these air filters were shit and severely restricted the power. In the end I went with the original airbox, but with the top part removed to make room for the wiring. I'd like to add the top part again as I think the power is still a little restricted but it will need a rethink of the wiring as there currently isn't room.

This is how the bike looks now: 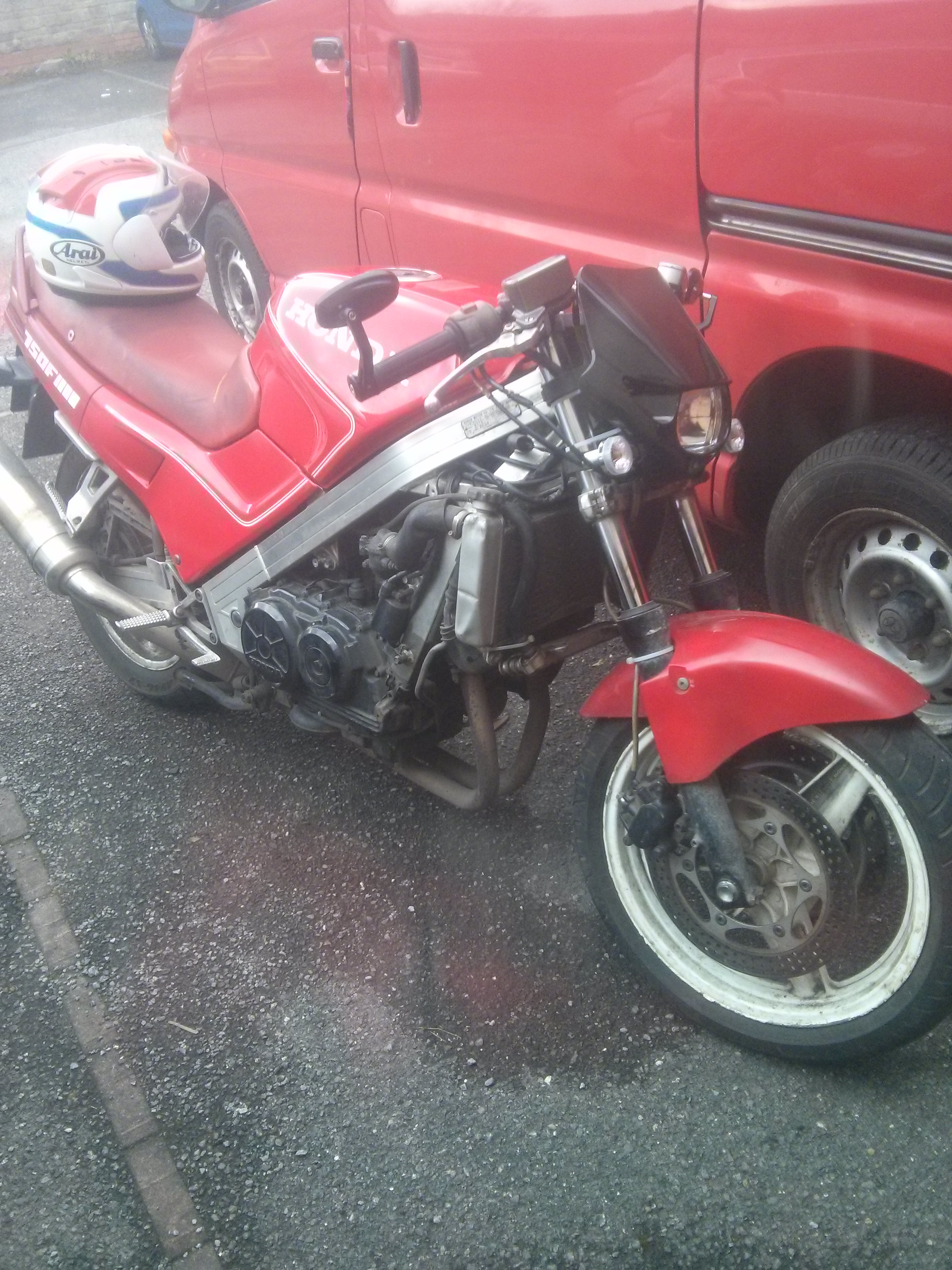