I made a hidden bookcase door

Ever since Emma and I moved into this house, I've been talking about making a hidden bookcase door. Well I've done it now.

There's a closet in the corner of my office which rarely gets used, and seemed like the best choice for a bookcase door. I began by removing the existing door and pulling off the trim. This was surprisingly enjoyable, though I made a bit of a mess of the wall, with chunks of plaster falling off. 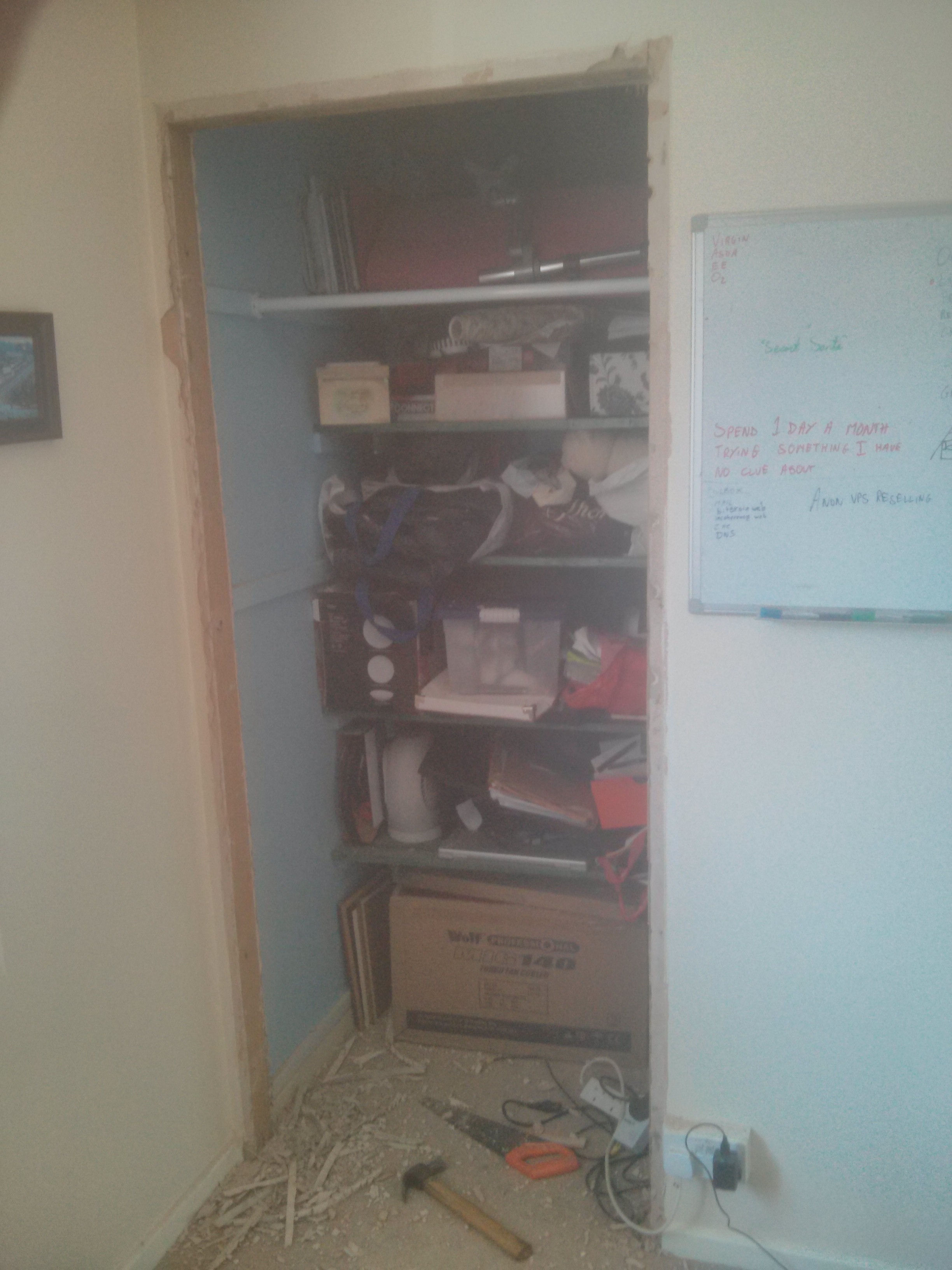 I made the surrounding frame of the bookcase, and added a temporary brace, while I worked on the hinge design. The frame is held together with glue and screws. I sized the frame quite conservatively to make sure I had room for the hinges. It could have been a bit bigger but worked out OK in the end. 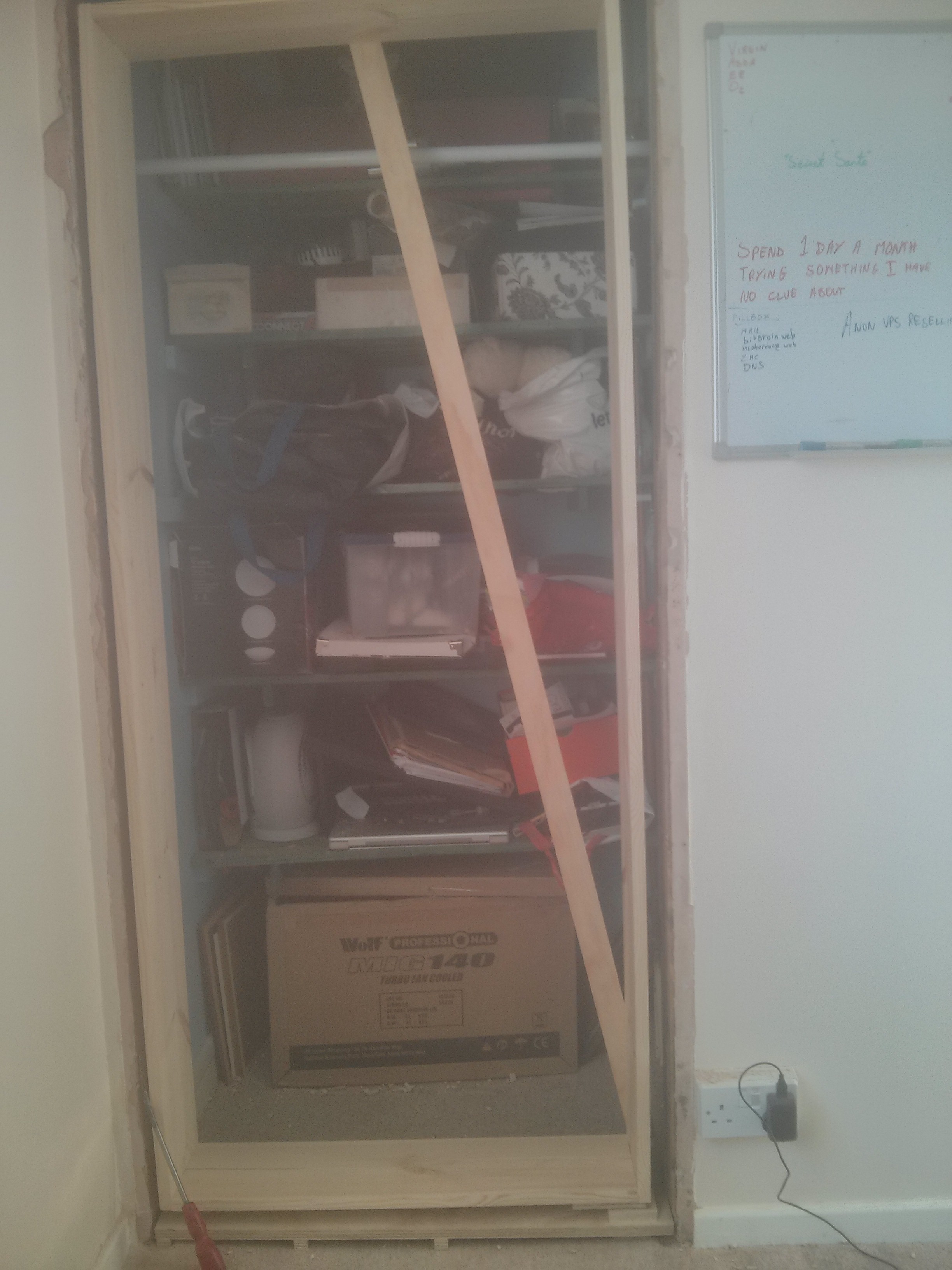 At the top and bottom of the bookcase there is a 12mm bolt and some plywood spacers. The bottom hinge (as it holds the most weight) also has a steel spacer hammered into the bookcase part, and a steel washer in between, so that all of the "bearing" surface is metal. 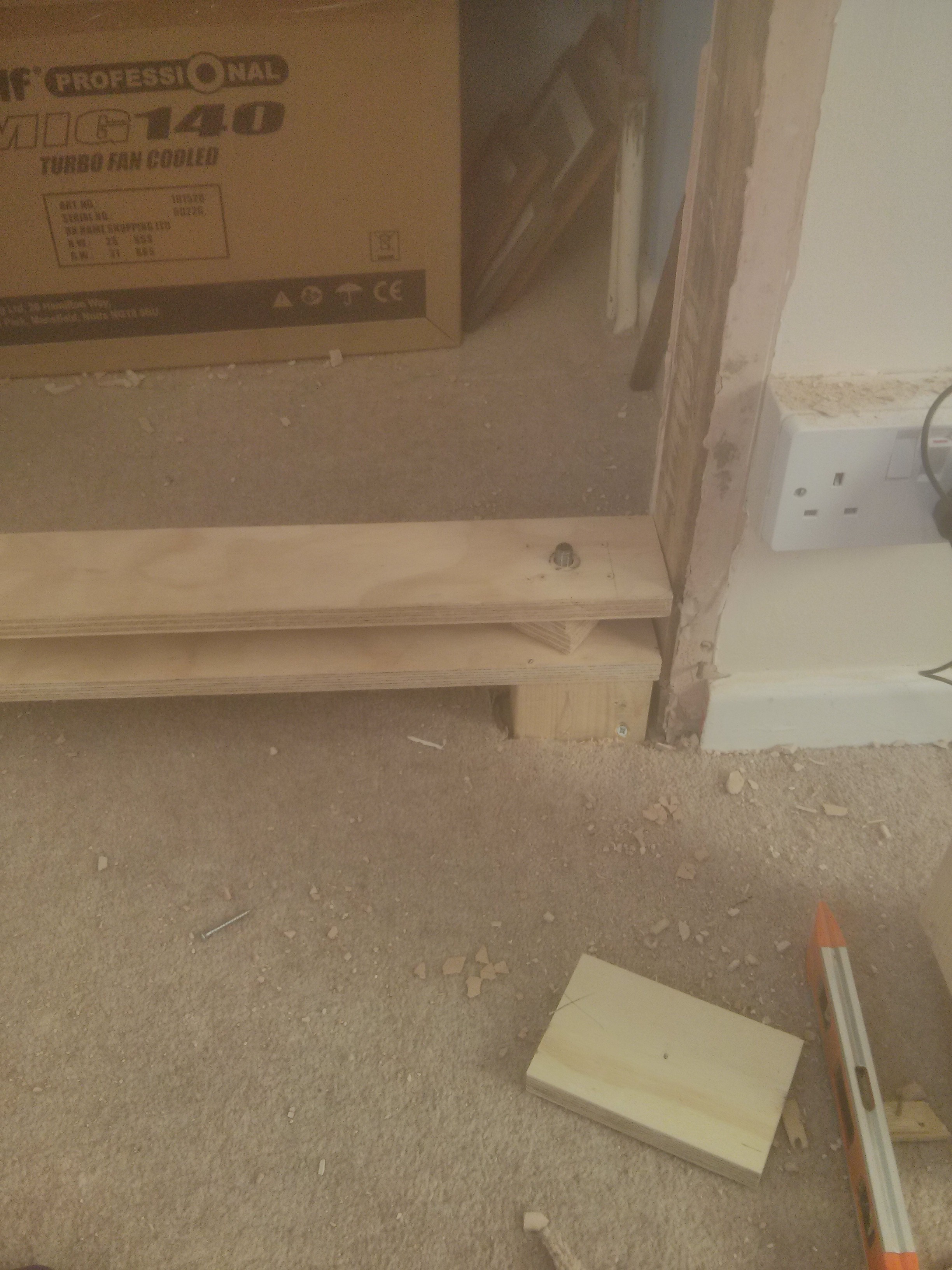 With the hinges in place I added shelves and backs to the bookcase, and I added some trim pieces to the top and right edges that would reduce the gaps later on. 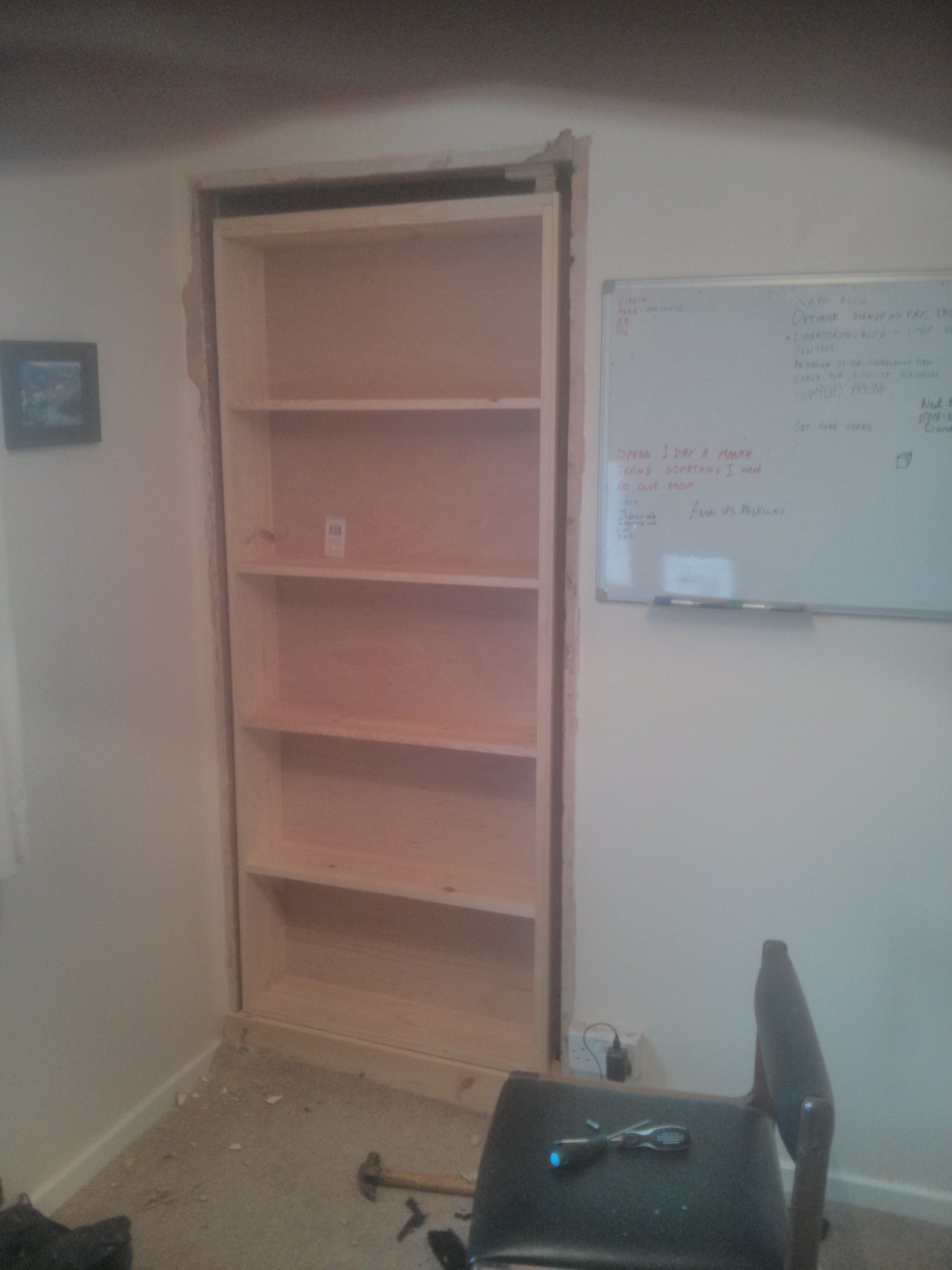 I then added some outer trim pieces, and the door was starting to look hidden. The top and right trim are attached to the wall. The left trim is attached to the bookcase, and opens with the door. 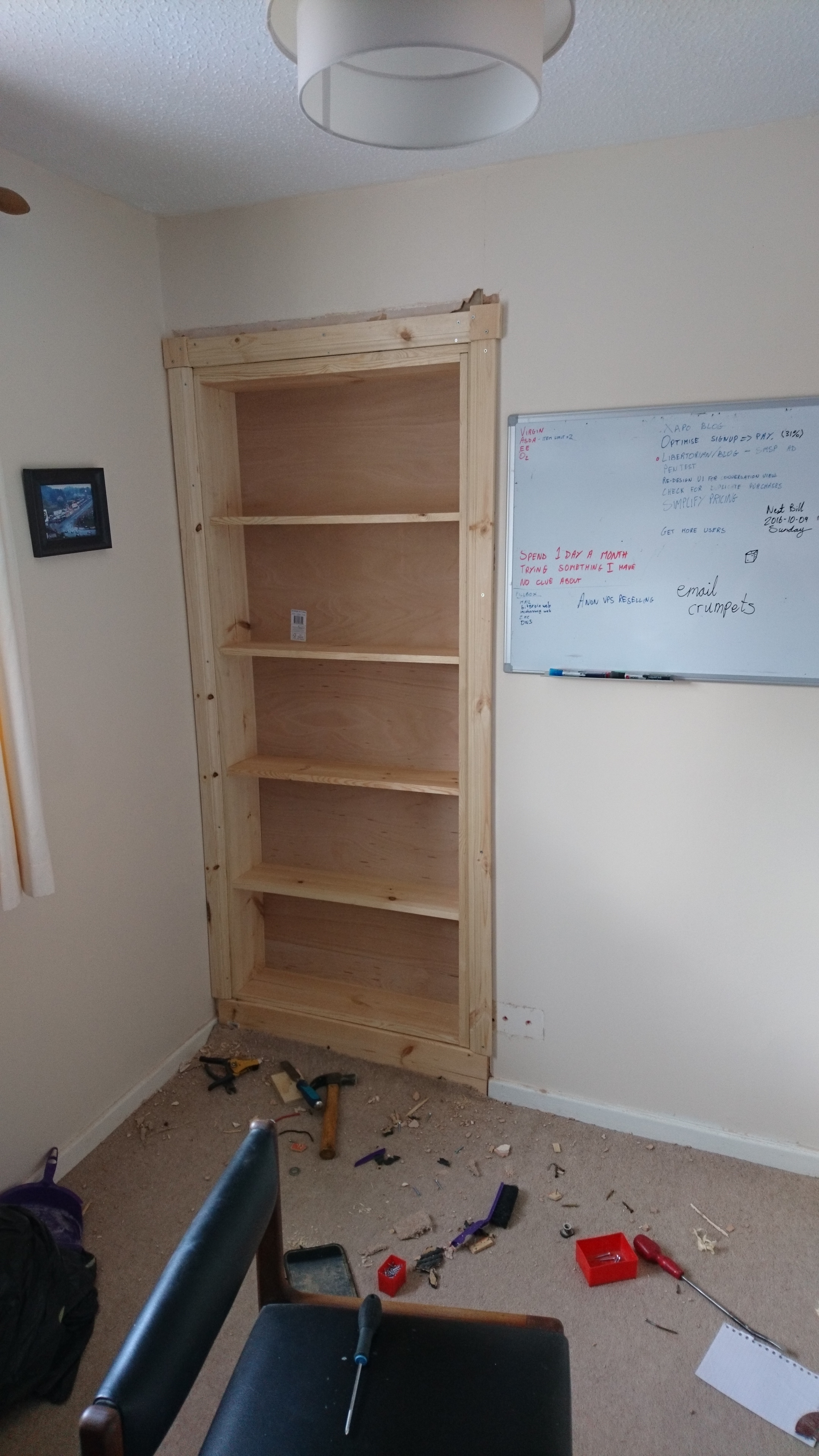 The gap when the door is open is large enough to use but smaller than it is with a normal door. 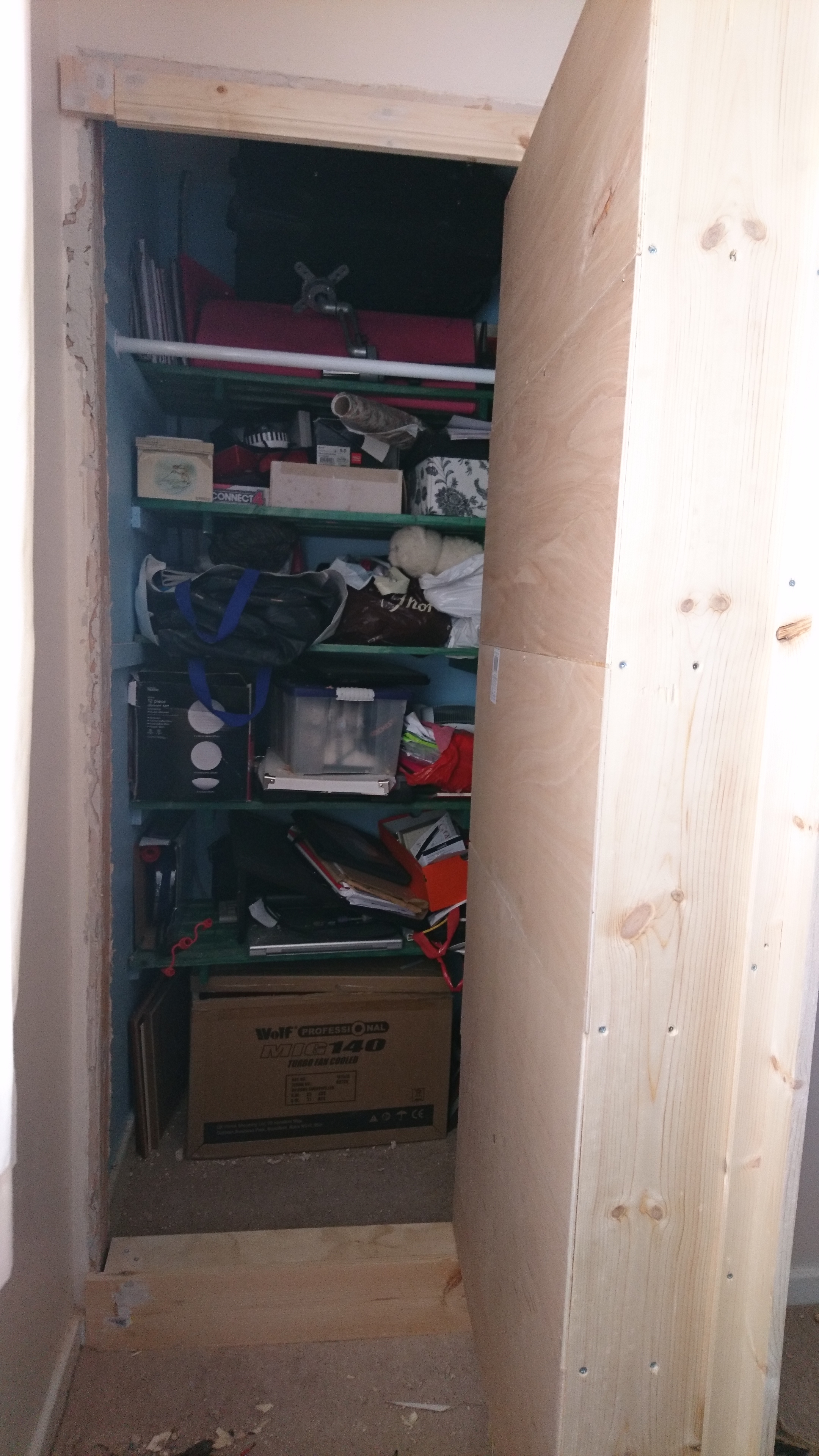 I polyfilled the chunks I had lost out of the wall, and gave the bookcase a few coats of paint. The B&Q Colours own-brand "one-coat" "high-sheen" gloss is neither of those, do not buy it, I was thoroughly disappointed with it. Dulux worked a treat and was only marginally more expensive. 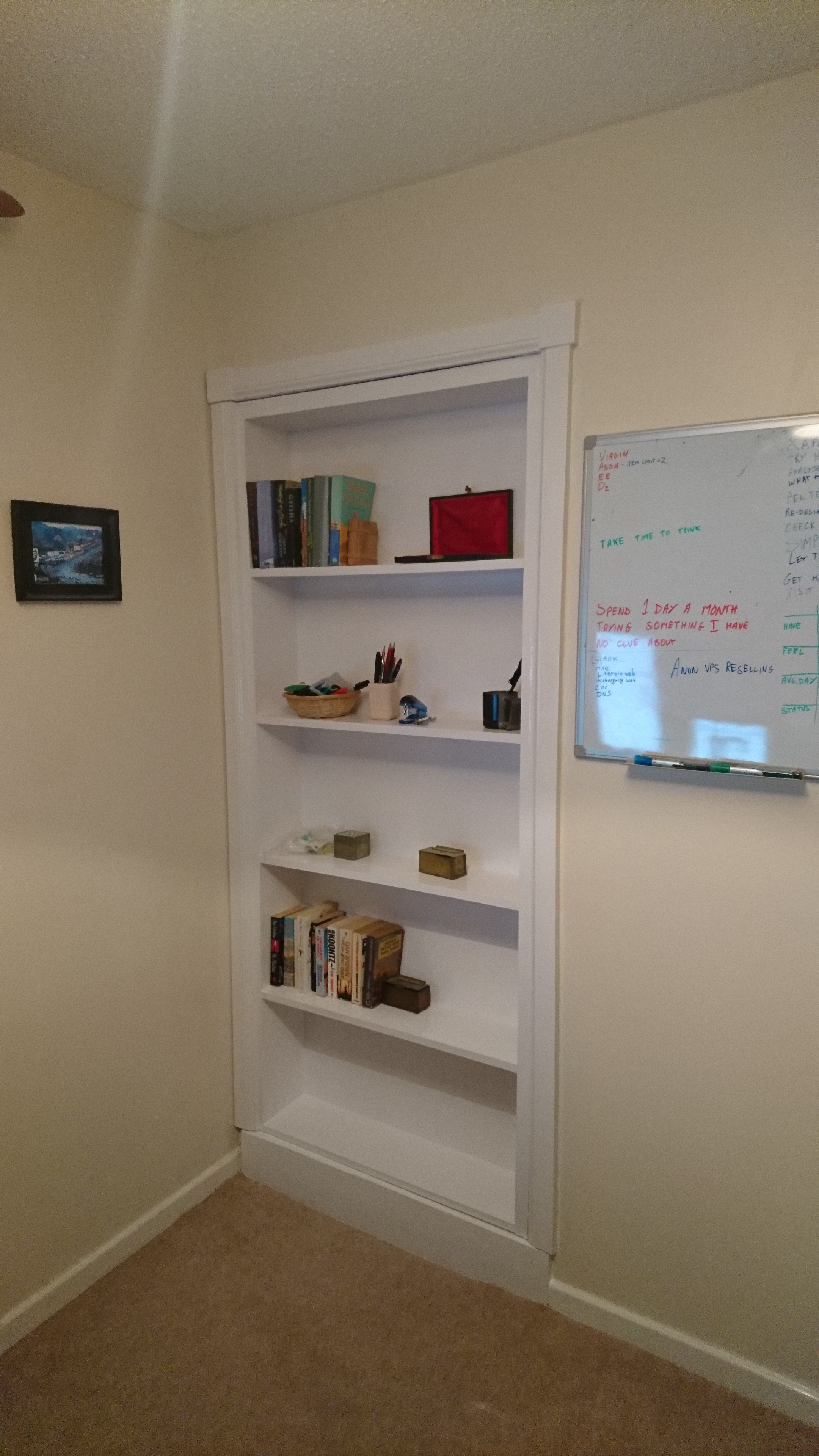 I also fitted a latch operated by the top-right-most book (demonstrated in the video).

I'm pretty pleased with the bookcase, I did a better job than I expected.