I made a gong

Some colleagues at work somehow quickly became obsessed with gongs. So I made a gong. From brass.

I made the gong on Saturday, and live-streamed my work on Snapchat to the rest of the gong owner's club. That was pretty fun. Unfortunately I concentrated more on sending Snapchats than on taking photos for the blog, but never mind.

I bought a sheet of 2mm brass off ebay. I drilled a hole in the centre and screwed it to my work bench. I then clamped a grinder to the bench such that it would cut the brass in a circle. 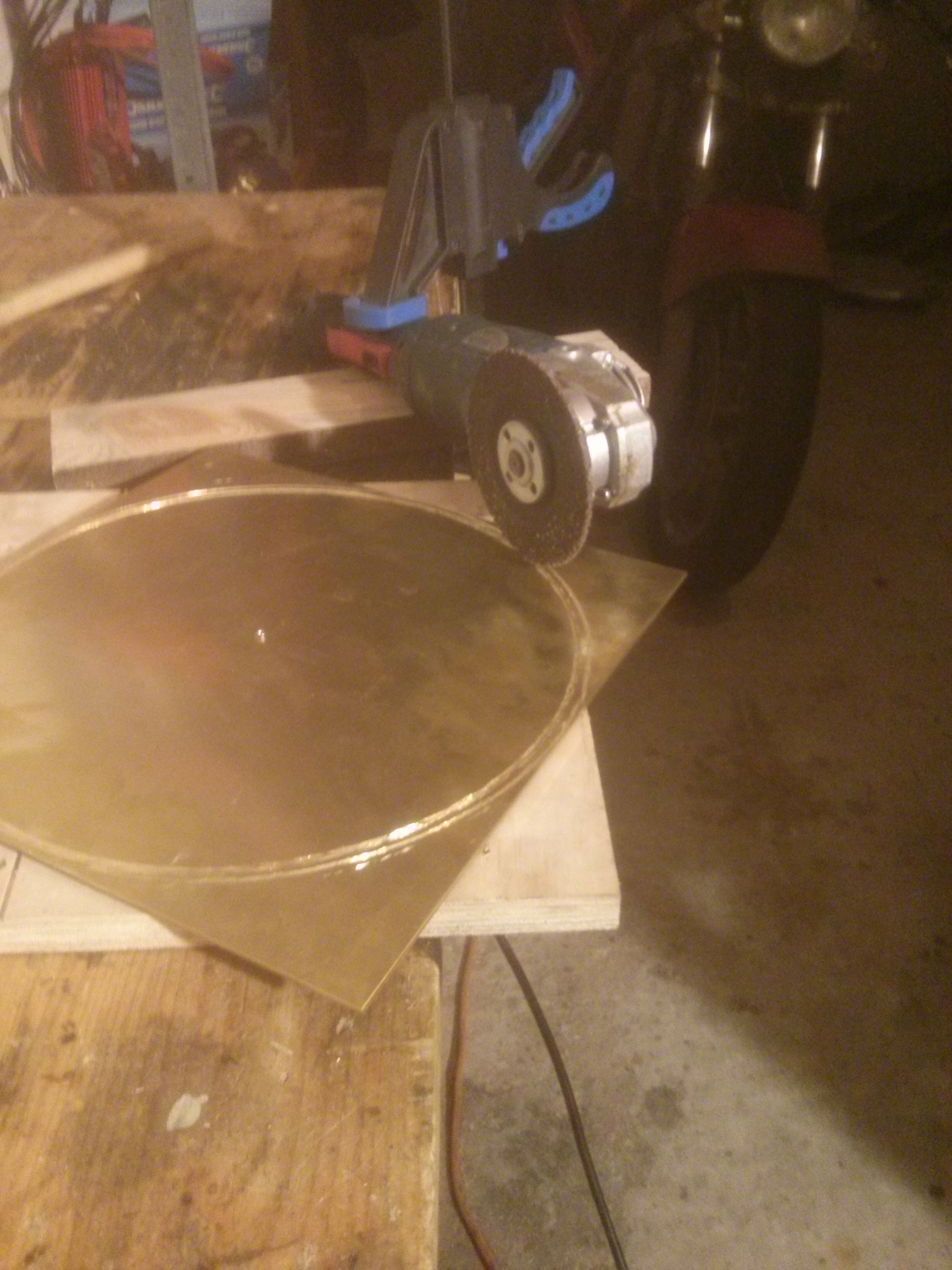 Running the grinder caused the brass to whizz round and round really fast, so I used my spare hand to slow it down. Grinding through the brass took some time, but it worked pretty well. Then I just cleaned the edge up with a file and had a pretty clean cut circle (albeit with a hole in the middle). 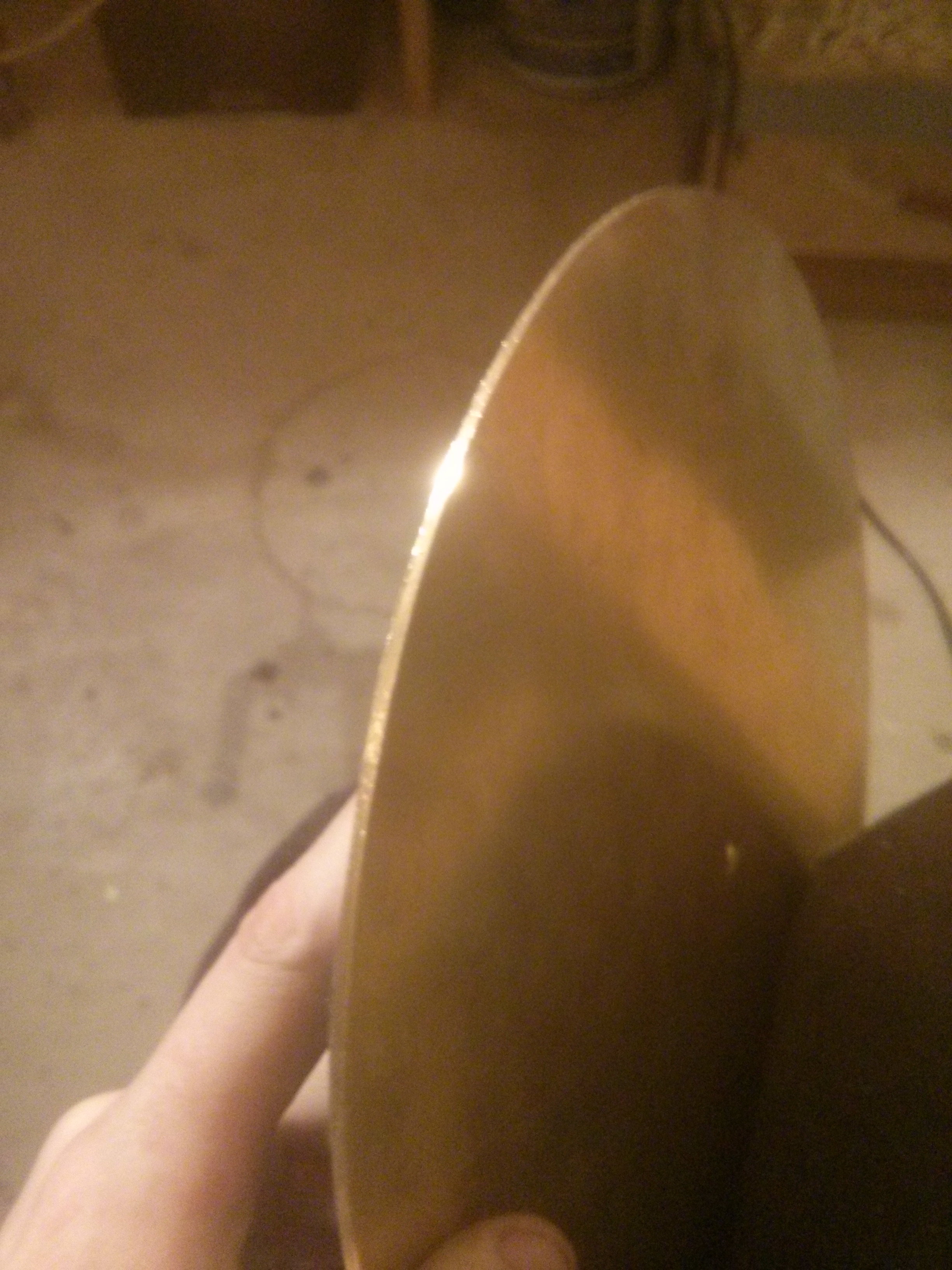 Next I made 16 radial marks around the perimeter of the circle, 3cm from the circumference towards the centre, and cut the lines with a hacksaw. If I did this again I would measure the angles instead of guessing.

These cuts formed 16 tabs around the outside. I bent them over by pounding on them with a hammer, leaving each tab overlapping the one before it. The last one was pretty tricky, I had to bend the first one back out a bit to get it underneath.

The brass had a good side (protected by some film) and a bad side. I accidentally bent the tabs the wrong way so the good side was facing in. No big deal though.

Next I soldered the tabs together to give it a bit more rigidity. It was quite hard to solder as the brass is so big. I used a pair of mole grips as a heat sink so that I could solder one tab without melting the previous one. I also filled the hole in the centre with solder. 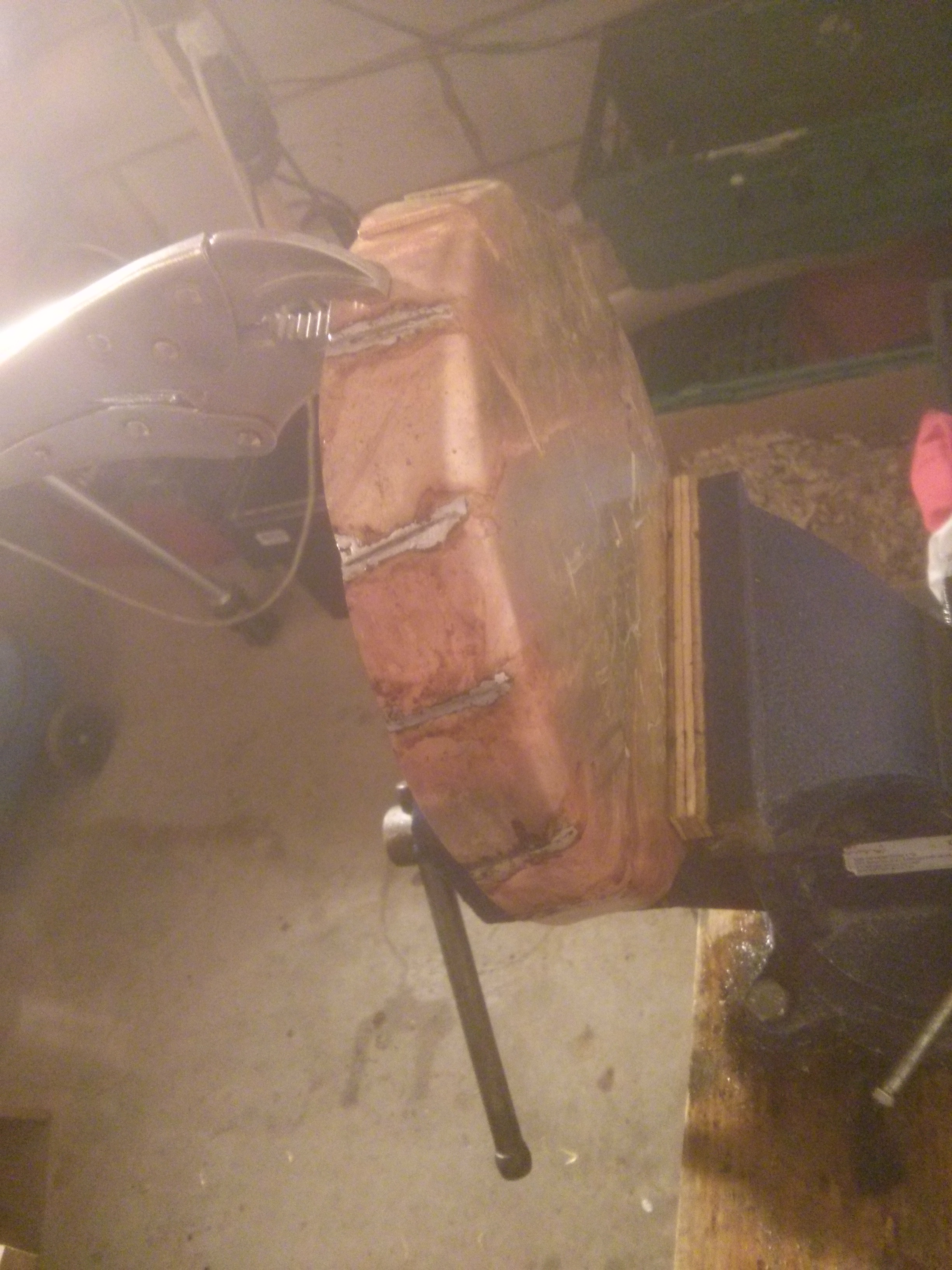 Next I smoothed the overlaps of the tabs. I initially tried using a file but it was taking ages so I used the grinder instead.

I tried to stamp the name of the gong (Hardicanute) into the face but it came out rubbish so I sanded it back out with emery paper.

I sanded the outer face (including sides) of the gong with 120, 320, and 600 grit emery paper to get rid of the discolouration from soldering and polish it up a little bit (it could do with some proper polishing though), before drilling a couple of holes and putting some string through.

The gong's voice has been described by a member of the gong owner's club as "a lovely rounded resonant sound".

I still need to build a frame and striker for the gong... 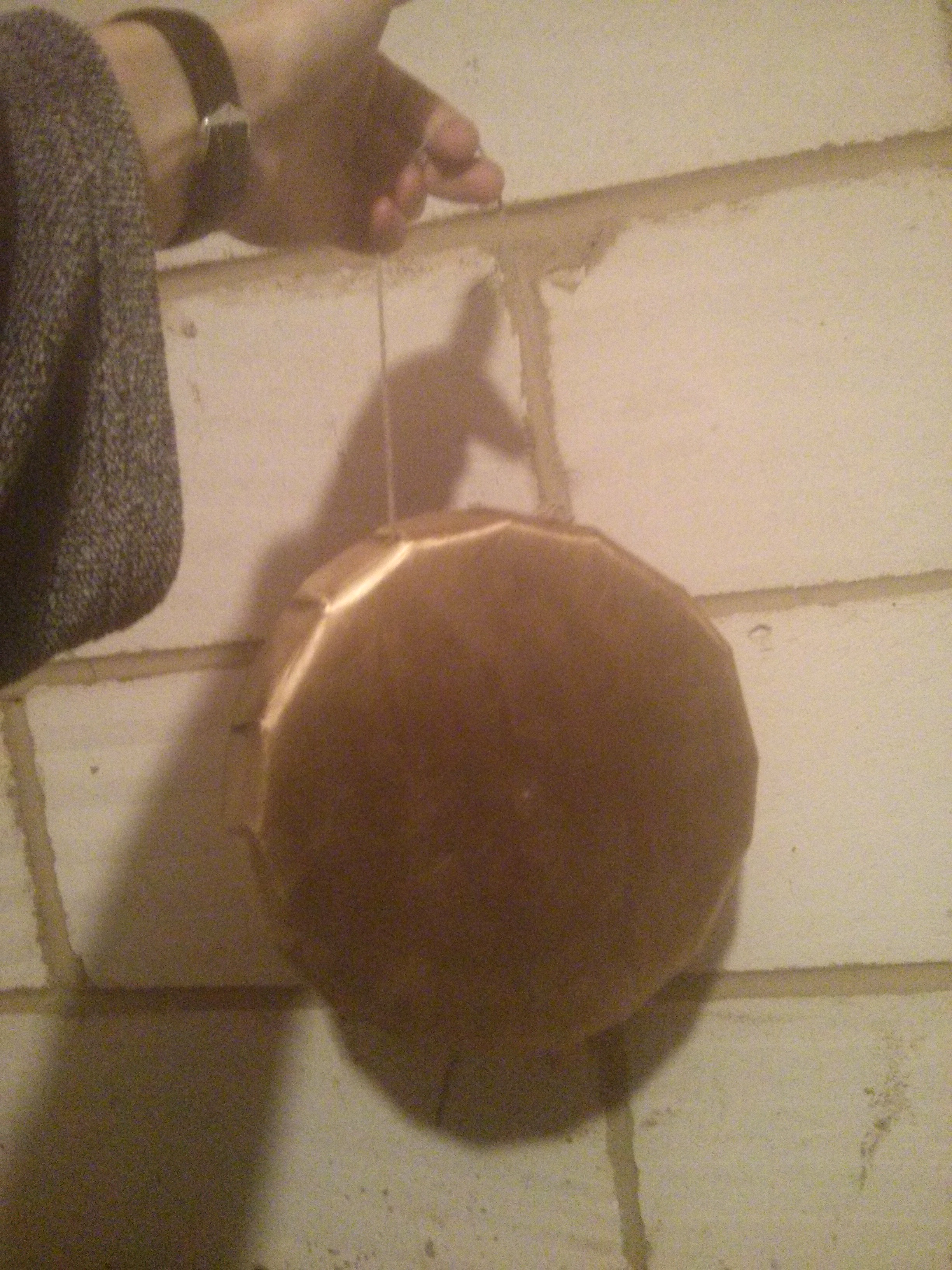