I bought some fish

On Thursday I bought 3 fish. The biggest one is a barb, and I can't remember what the other two are.

The biggest one and the brown spotty one are having a good time swimming around. Great success.

The black and orange one has just been sitting around in the corner and looked like he was going to die soon. Raz suggested he might be a tropical fish, so I moved him to a pint glass on a radiator and he seems to have perked up. My plan is to keep him on the radiator. The heating is only on during morning and evening but at least he should get a bit more warmth than in the tank with the other fish.

Also, I initially had a toy motorbike and an old hard disk as tank decorations, but it was suggested that these might leak poisonous corrosion into the water so I've removed them and am awaiting the delivery of some proper tank decorations.

This picture shows the 3 fish (black and orange one is hiding, at bottom left): 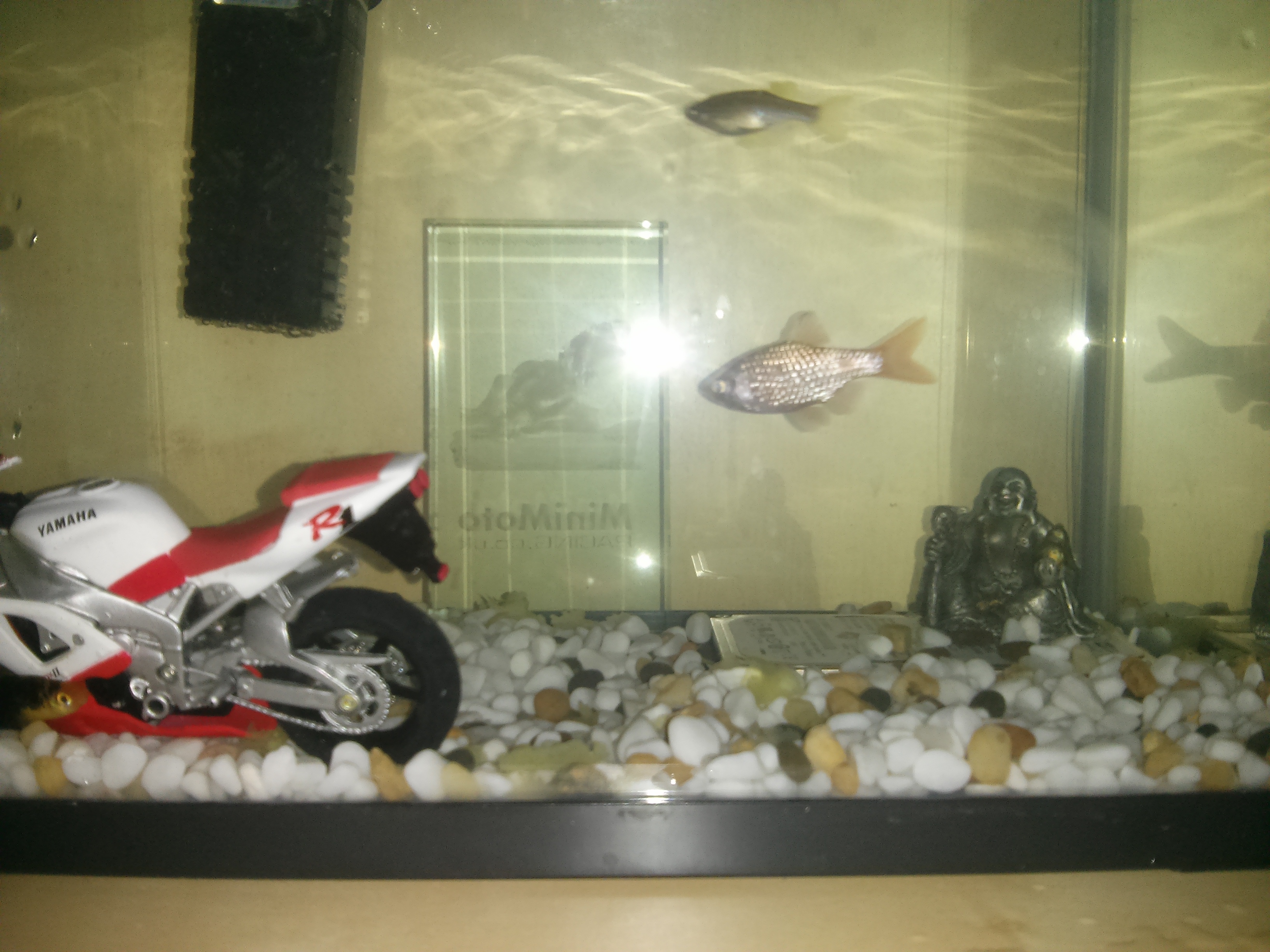